The 80/20 Rule … also known as the Pareto principle … is one of my favourite “strategies” for improving productivity.

I say “strategy” in this way as of course it’s not actually a strategy, it’s a rule, or a principle … or one could say even just an observation.

But it is an uncannily accurate observation that almost never fails to be true, which means that it can be utilised as a strategy: a way of thinking, of planning, of prioritising … in order to be more productive; of improving one’s time management. Or more to the point, in order to be more effective.

Because doing lots of things means you are busy.

If you're selling services, you'll likely find this quick assessment helpful ... especially if you're looking to build long-term financial security for you and your family.

We all have our own bottlenecks - diagnose yours to have control of your future with less trial & error.

But doing, or prioritising, the most valuable things means you are EFFECTIVE.

And it is effectiveness rather than busyness that leads to greater overall success.

So, what is the 80/20 Rule? Who or what is Pareto? And how can you use this principle to your advantage?

The Pareto principle came from the Italian economist Vilfredo Pareto, who – legend has it – first noticed the phenomenon thanks to the peapods in his garden.

Expanding on this, he … and many others since then … have proven this rule time and again:

Essentially, 80% of all outcomes (or “outputs”) typically result from just 20% of all causes (or “inputs”).

The point is that, for the most part, there are a “vital few” inputs that account for the majority of an output … ergo, success.

But it DOES mean that 20% of the things we do are MORE important….

Which means those are the things that need to be PRIORITISED.

And by identifying what they are, and by ensuring we do them first, best, with the most focus, we can increase their value … improve their efficiency … and MAXIMISE their output.

We can be more productive.

And we can maximise our success.

The Benefits of Identifying The 80/20 Principle in Your Business

Identifying your 20% of vital “inputs” enables you to see the different benefits that the 80/20 rule can bring to your own business.

Initially, he was more than likely spending time tending them all equally … they all technically need the same care and attention, after all.

But once he’d realised just 20% of these pods were producing the vast majority of the peas, do you think he carried on tending them all equally? Or do you think he made some changes?

After all, every pod that he tended to required a bit of his time … meaning that by tending to every one of them equally, he was BUSY, but he wasn’t spending his time EFFECTIVELY.

So, maybe he decided to stop tending to the other 80% completely – freeing up a whopping 80% of his time to focus on other things, yet only losing 20% of his total “pea” output….

Or, perhaps he chose to PRIORITISE the 20% of pods that were producing the most peas … giving them more time and attention so as to yield even more from them … but also continuing to tend to the other 80% – with the time that he had left – so as to continue to benefit from whatever little they were able to produce.

Of course, by prioritising the best-producing 20%, he’d more than likely be learning things that would help him yield even more from that other 80% … which would undoubtedly help him increase their yield, too. Win-win.

Or, perhaps he studied that top-performing 20% so as to understand exactly why they were producing so much more than the others, so that he could move, or alter, or replace that other 80% as necessary so as to replicate the success of that top-producing 20% and try and generate similar numbers from 100% of his peapods….

He likely wouldn’t be regaining any time … but he’d be focusing his time more effectively – on the things that were able to bring him the most value – and thus potentially be quadrupling his original production.

Of course, I don’t know what he did … or if those peapods even existed … but it shows how the simple act of IDENTIFYING the most valuable 20% of “inputs” provides various options, that have various different positive outcomes … in Pareto’s case: more time, or more peas.

Just as identifying your own 80/20 rule inputs and outputs can present you with similar options…. 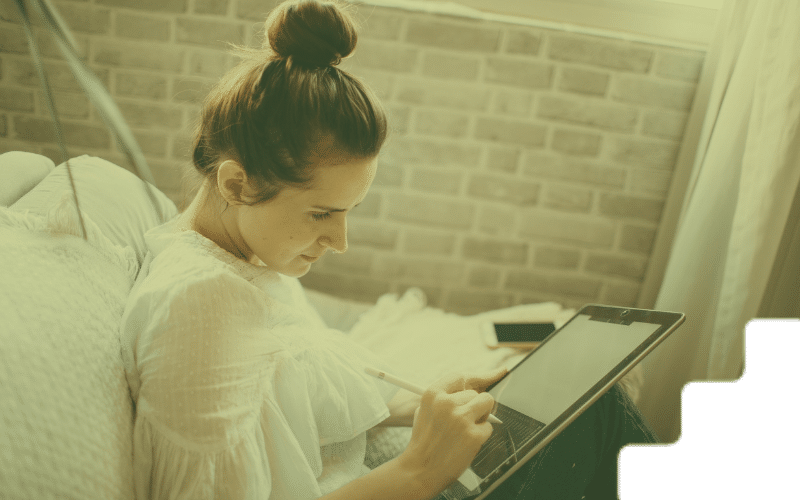 The Reality of Applying The 80/20 Rule in YOUR Business

If 20% of your marketing activities are generating the biggest returns, is there any sense in continuing to spend the same amount of time, and money, on those that aren’t working as well?

If 20% of the services you offer account for 80% of your orders … is it worth focusing your time and energy on trying to promote and build the others?

The answer to all of these, for the most part, is no.

It’s not worth spending EQUAL amounts of time on the things that aren’t as popular, aren’t as lucrative, aren’t as successful. All that will achieve is you being busy, without maximising your returns.

It’s easy … and common … to develop long lists of actions and activities that we start to do on repeat, not always stopping to think about what they actually bring us.

But by applying the 80/20 rule to every task on your to-do-list … looking at every client, or customer … at every “thing” that takes up time in your day to day – and calculating what it really contributes to your overall goals, your overall revenue, your overall success … it is easier to identify what the really important things are.

Spending equal amounts of time on every little thing means you will be BUSY … but you’ll not be EFFECTIVE.

Treating everyone, or everything, in the same way only leads to “busyness” … because everyone is NOT the same.

It may sound unfair, or un-PC … but it doesn’t change the reality.

Some clients require more time … they warrant being prioritised … because they are the ones generating more revenue, or important connections, or longer-term business.

Understanding what your “most important” activities are … and learning to prioritise them … means you are prioritising effectiveness over busyness.

Which, simply, leads to superior results.

The 80/20 principle isn’t a hard and fast “law”, but it’s the clearest way to remind yourself of your true priorities … your “vital few” … so as to become truly productive, and effective, and successful.

Identify the bottleneck that's holding you back from monthly recurring revenue

This website uses cookies to improve your experience while you navigate through the website. Out of these, the cookies that are categorized as necessary are stored on your browser as they are essential for the working of basic functionalities of the website. We also use third-party cookies that help us analyze and understand how you use this website. These cookies will be stored in your browser only with your consent. You also have the option to opt-out of these cookies. But opting out of some of these cookies may affect your browsing experience.
Necessary Always Enabled
Necessary cookies are absolutely essential for the website to function properly. This category only includes cookies that ensures basic functionalities and security features of the website. These cookies do not store any personal information.
Non-necessary
Any cookies that may not be particularly necessary for the website to function and is used specifically to collect user personal data via analytics, ads, other embedded contents are termed as non-necessary cookies. It is mandatory to procure user consent prior to running these cookies on your website.
SAVE & ACCEPT